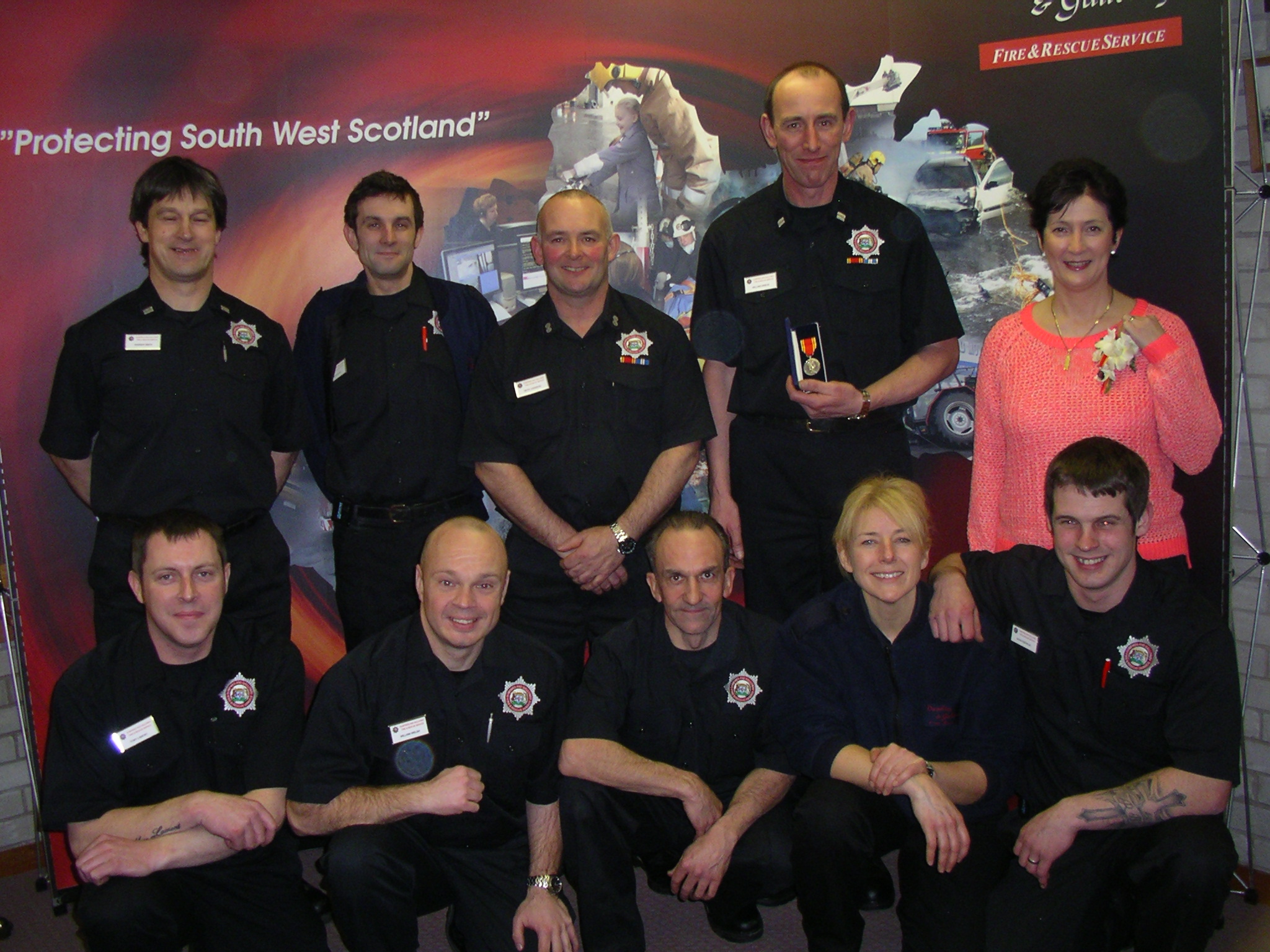 On Tuesday 6 February, Crew Manager William Grieve from Castle Douglas Fire Station was presented with the Queen’s Fire Brigades 20 year long service and good conduct medal in recognition of his service to Dumfries and Galloway Fire and Rescue and his local community of Castle Douglas.

Grieve joined the Fire Service in August 1992 as a Retained Fire-fighter at Castle Douglas, and has served his entire career at the station.

The medal was presented by Group Manager, Derek Wilson, with an audience of Grieve’s colleagues at the station. His wife, Jean, was also presented with a medal and corsage to signify the support given by the family.

Group Manager Wilson stated, “It is always a pleasure to present the long service and good conduct medal. It is fitting that we can recognise the commitment and dedication provided by fire-fighters when they reach the 20 year milestone in their career. Willie has been a great asset to the station throughout his career and I look forward to working with him in the future.”